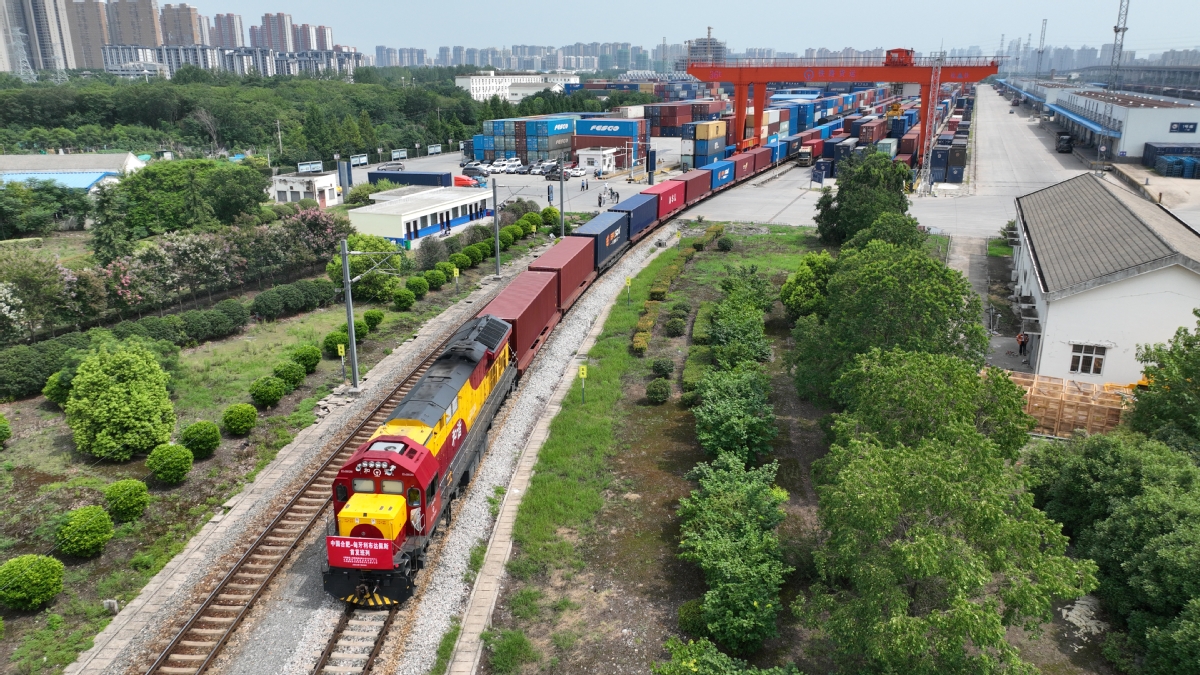 China will play a key role in underpinning the global supply chain in the second half of the year amid government policy measures to stabilize the economy while tackling the impact of COVID-19 via targeted means, experts said.

Although major economies such as Germany, France, South Korea and the United States saw trade deficits in recent months, the surplus of China’s foreign trade topped 2.48 trillion yuan ($367 billion) in the first half, as exports soared after the COVID-19 resurgences were brought under control in the Yangtze River Delta region in May and June, data from the General Administration of Customs showed.

As China’s trade surplus rose significantly to $97.94 billion in June from $78.76 billion in May, experts said the growth has helped buffer the yuan’s exchange rate with other major currencies and further stabilize the domestic inflation rate, reducing the need to raise interest rates or intervene on the currency exchange rate.

As the US Federal Reserve raised key interest rates steeply to curb runaway inflation in the second quarter, the euro, the pound and the Japanese yen all plunged against the US dollar. The currency depreciation in these major economies has brought stagflation and downside risks, said Xu Hongcai, deputy director of the China Association of Policy Science’s economic policy committee.

As many traditional manufacturing powerhouses such as Germany and South Korea must import large amounts of raw materials to meet the demand from the local manufacturing sector, the impacts of the Russia-Ukraine conflict, high inflation rate in the US, and soaring global energy and commodity prices have all pushed these countries to spend more on import of both energy and production materials since the second quarter, Xu said.

Even though facing imported inflationary pressure, China, supported by its ongoing industrial transformation and upgrading, will continue to work toward stabilizing the global supply chain, said Wei Qijia, a researcher at the Economic Forecasting Department of the State Information Center.

He said China’s highly concentrated supply chains, efficient productivity, relatively lower domestic costs of industrial power and production materials, as well as many trade partners’ heavy dependence on its industrial goods and semifinished products, will keep the growth rate of the nation’s trade surplus within a reasonable range in the coming months.

“China does not pursue trade surplus on purpose. The accelerated trade surplus growth in the first half of the year was mainly attributable to the epidemic-induced import volume contraction,” said Wei Jianguo, vice-president of the China Center for International Economic Exchanges in Beijing.

He predicted that China’s trade surplus growth may slow down during the second half of the year, as the nation is expected to import large amounts of energy, minerals and machinery to speed up effective infrastructure investment in pursuit of a more vigorous economic recovery.

Zhang Jianping, head of the center for regional economic cooperation at the Chinese Academy of International Trade and Economic Cooperation, said a certain amount of uncertainty shrouds China’s second-half exports due to fluctuations in global market demand. But, given the better-than-expected export performance during the first half, China should accelerate effective policy implementation to promote robust growth of foreign trade.

Only by encouraging and facilitating enterprises to receive new business orders could the nation expand export market space amid uncertainties, he said.

Nio, China’s new energy vehicle manufacturer, is one such enterprise in pursuit of more business, said Zhang Hui, vice-president of Nio Europe. In addition to exporting electric vehicles to Norway, it is building its first overseas plant in Hungary to support its expansion in Germany, the Netherlands, Sweden and Denmark later this year.

Nio’s Hungary factory is expected to be operational in September and serve as a production, service and R&D center for the company’s power products, including battery-swapping stations in Europe, said Zhang.