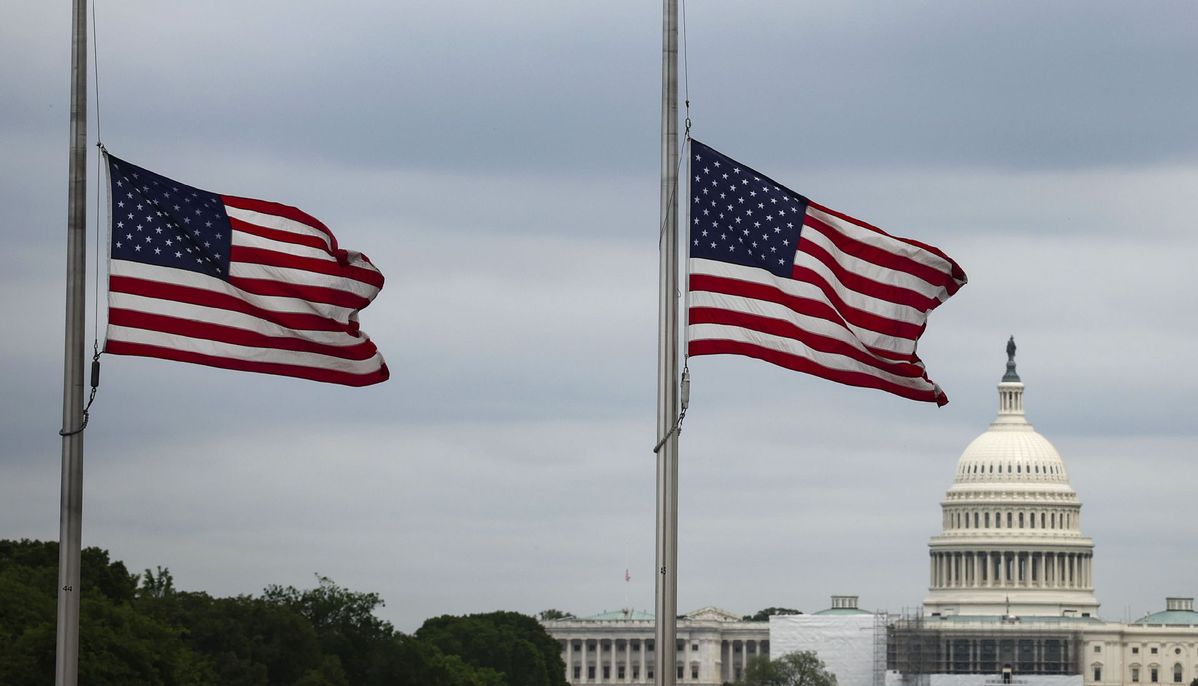 US President Joe Biden on Thursday mourned the 1 million American lives lost to the pandemic, saying each of the dead represented “an irreplaceable loss”, leaving behind a family, a community, and a nation “forever changed”.

“One million empty chairs around the family dinner table. Each irreplaceable, irreplaceable losses,” Biden said in recorded remarks from the White House. “Each leaving behind a family, a community, forever changed because of this pandemic. My heart goes out to all of those who are struggling.”

“As a nation, we must not grow numb to such sorrow. To heal, we must remember. We must remain vigilant against this pandemic and do everything we can to save as many lives as possible, as we have with more testing, vaccines and treatments than ever before,” he said.

Biden ordered flags to be flown at half-staff at the White House and all public buildings, grounds, military posts and naval vessels until sunset on May 16 to honor the dead.

“This pandemic isn’t over,” the president declared. He said that tackling COVID-19 “must remain an international priority”.

“This summit is an opportunity to renew our efforts to keep our foot on the gas when it comes to getting this pandemic under control and preventing future health crises,” Biden said.

Separately, and ahead of addressing the summit, Biden urged Congress to deliver funds needed for the next phase of the pandemic, including for testing, vaccines and therapies. That lack of funding is a US reflection of faltering resolve that jeopardizes the global response to the pandemic, he said in a statement.

Biden has requested an additional $22.5 billion. US lawmakers had reached a $10 billion deal, but the additional tranche of funding has been delayed over various concerns.

In addition to the 1 million Americans, the coronavirus has killed at least 6.2 million people globally since it emerged in late 2019, according to figures compiled by Johns Hopkins University.

The precise toll of the pandemic may never be known. Some people who died while infected were never tested and aren’t represented in the data. Others, while having COVID-19, may have died for another reason such as cancer, but were still counted as COVID deaths.

The toll dwarfs the estimated 675,000 deaths during the 1918-19 Spanish Flu outbreak. The 1 million is also more than the number of American deaths from World War I, World War II, the Korean War and the Vietnam War combined.

The coronavirus ranks behind only heart disease and cancer as America’s leading causes of death over the past two years. By comparison, the flu season of 2017-18, one of the deadliest in recent decades, claimed an estimated 52,000 lives.

A recent Gallup poll has shown the public’s concern about the virus has declined since the Omicron wave. In March, 63 percent of respondents said the COVID-19 situation is improving, a jump from 20 percent in January, with worries highest about new variants and unvaccinated people.